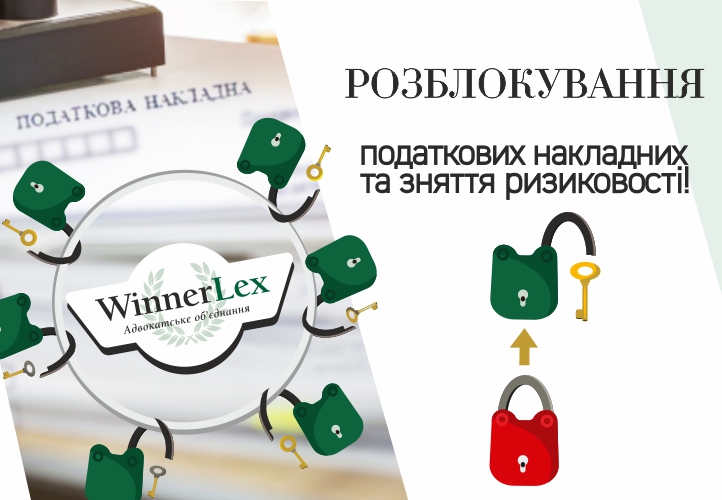 One of the urgent problems of Ukrainian business for a long time is the blocking of tax invoices and the adoption by the tax authorities of decisions on compliance with the risk criteria of conscientious taxpayers.

As an example, our client, a permanently operating business entity, importer of processing equipment for domestic meat-packing plants, has recently faced the blocking of a tax invoice for the amount of over UAH 1 million and the status of a risky taxpayer.

The tax authorities explained their decision by the fact that the taxpayer did not provide the controlling authority with documents to confirm the business transaction on sale of imported technological equipment in the territory of Ukraine. The tax authority did not specify what documents the taxpayer had to provide – neither in the receipt on suspension of registration of the tax invoice, nor in the decision on refusal of its registration.

At the same time, at the stage of suspension of registration of the tax invoice at the SRTI, the tax authority indicated in the receipt that the enterprise meets item 8 of the Taxpayer’s Risk Criteria, and offered to provide explanations and copies of documents confirming the information specified in the tax invoice.

But notwithstanding the submission of the letter of explanation and supporting documents by the company, the regional level commission decided to refuse registration of the tax invoice on the basis of the new Order of tax invoices blocking, No.1165 of December 11, 2019. The basis for making such decision was also determined by the non provision of primary documents copies by the taxpayer.

Having received such a refusal, the client appealed to us for legal assistance in unblocking the tax invoices. Having provided a legal assessment of this situation, our tax attorneys promptly prepared a complaint, in which highly in detailes, with reference to specific circumstances and evidences, they presented the arguments of unlawfulness of the decision to refuse registration of the tax invoice, in particular:

As a result of the work done by WinnerLex’s tax attorneys, the Central Level Commission resolved the complaint in its entirety, canceling the decision to refuse to register with the SRTI the tax invoice with a value of more than UAH 1 million VAT.

Thus, thanks to qualified legal services, it became possible to defend the client’s interests and prevent significant financial losses in the shortest possible time, even without going to court.

Therefore, in the case of unlawful blocking of tax invoices and assigning the risky taxpayer status, we recommend to seek professional legal assistance from the WinnerLex. We specialize in tax law and have many years of successful practice in resolving clients’ problems with regulatory authorities, both in court and out of it.

WinnerLex attorneys ensured the unblocking of the tax invoice in the amount of more than 1 million UAH VAT
thanks
Ask a question
Leave your phone number and we'ill call you back
Thank you!