WinnerLex tax attorneys have successfully defended the interests of the client in a million tax dispute. 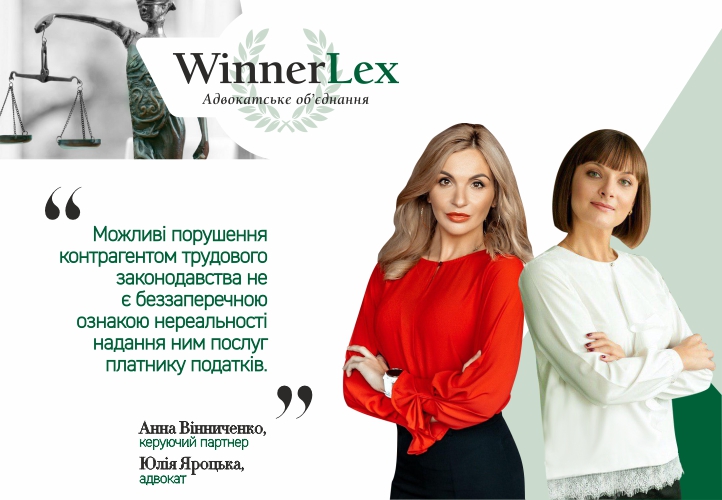 Quite well known is the position of the tax authorities, by which the absence of the contractor’s staff of the to perform the work is an evidence that such a counterparty could not perform the disputed services, and as a consequence of that they establish unreality of transactions and accrue taxes and penalties.
In addition, in their view, the exacerbating factor for the guiltiness is the lack of feasibility of the costs incurred, and such absence is determined by the tax auditors themselves.

However, this fiscal position is considered rather doubtful, since the diversity of economic activities may have its own specific features and provide for different forms of cooperation.

And it is very important for taxpayers to thoroughly investigate and challenge the violations contained in the audit act, as such violations can only be manifested by the inspectors’ assumptions and subjective opinions, which are then disproved in the courts.

As an example is one of the most recent tax cases won by WinnerLex attorneys.

During the subscription service we constantly monitor the legal security of clients on various issues. That is why we knew in advance about scheduled on-site tax audit of our constant client and prepared for it together. Also, during the tax audit, our tax attorneys managed to prevent significant tax accruals only as a result of providing substantiated written explanations in for the tax authority’s groundless claims.

However, the tax authorities still left part of the violations in the act of inspection, and therefore the client was forced to go to court, which was done by us very promptly, since we already had all the details of the situation. And as a result: it has been proven in court that all the episodes of violation in the act of inspection are illegal and unjustified, and the tax notification-decision amounting to about UAH 1 million was canceled in its entirety.

We want to share the effective arguments of our judicial strategy which in fact were found by the court to be the most important for making a positive court decision:

Though the tax authority gave an appeal against the decision of the court of first instance, the administrative court of appeal returned it without opening proceedings and the decision came into force.
And as always, in addition to the costs of court fees, we were judicially reimbursed from the state budget for the client’s costs of legal aid in the amount of 20 925,00 UAH, which are now fully returned to the client.

This case is a particularly striking example of the fact that effective interaction with the client, both during the ongoing subscriber service and in preparation for the tax inspection and the appeal of its results, is always important and economically justified.

WinnerLex’s team of tax attorneys Anna Vinnychenko and Yulia Yarotska assisted with the tax audit and the client’s case in court.

WinnerLex tax attorneys have successfully defended the interests of the client in a million tax dispute.
thanks
Ask a question
Leave your phone number and we'ill call you back
Thank you!